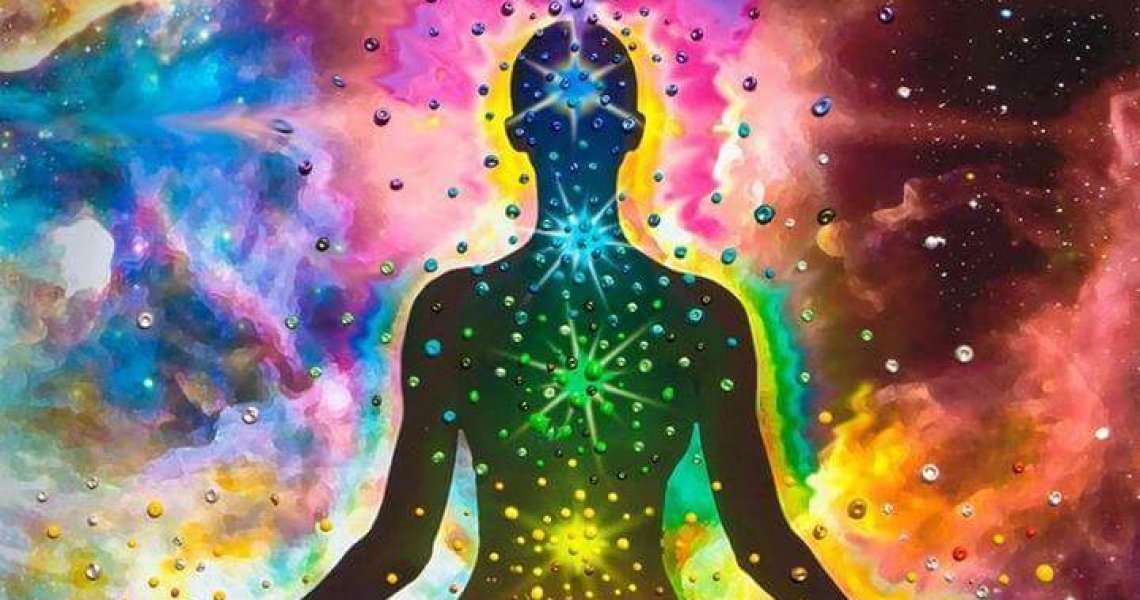 CHAKRAS. What are they? Do they really exist? What do they mean for us? Is it just a load of baloney? What’s the science behind them? How do they benefit us? What’s so special about them anyway?

So what are the Chakras?

Chakras were first described in the Hindu Scriptures (The Vedas) thousands of years ago, and literally means ‘wheels‘ of energy. They predominantly deal with energy flow in the body and are said to be focussed areas (or vortices) of high, expansive energy, within multiple locations in the body.

There are thought to be 114 Chakras within the body in total, but 7 main Chakras spanning from the base of the spine to the crown of the head, and are considered to follow the curvature of the spine. Connected to these Chakras, there are said to be Nadis (literally translates to RIVERS in Sanskrit). These Nadis are considered to be the vessels through which energy flows, from the chakras to the rest of the body. 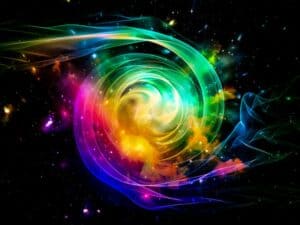 This is a widely accepted theory in Quantum Physics and a scientifically proven fact.  In religion and spirituality, the movement of energy is the central, and fundamental, core around which many traditions are based. Ancient practices such as Reiki, QiGong and Tai Chi focus on the manipulation of energy to achieve well being.

We like to think of space as empty and matter as solid. But in fact there is nothing to matter when you look at it at a subatomic level, most of what is contained within an atom for example is 99.9% space. It is mostly unsubstantial.

Everything connects via magnetic energy and is electrical energy.

All matter is held together via energetic bonds and consists of these atoms, of which most, is space. The movement of energy is vital to life. When we think, breathe, function or even when we are resting, electrical energy is flowing through our bodies via our neurons and nerve pathways.

The position of the major chakras corresponds to the major nerve plexus’ or nerve ‘bundles’.

Remember: A lot of these ancient traditions came from primitive understandings of biology and therefore a degree of flexibility is necessary when trying to understand the significance of their teachings!

Now for some Biology!

By far, the most energetic processes within our bodies are caused by our nerve tissues and specifically our nervous system. The nervous system is that part of our body, that coordinates its voluntary and involuntary actions, and transmits signals to and from different parts of the body and brain. The ‘communication‘ of the body, if you will.

The nervous system is composed of two main parts:

There are different categories of nerve bundles within the PNS, but the most relevant to the Chakras is the AUTONOMIC nervous system of the PNS. This deals with the involuntary or automatic responses within the body. For example – digestion; our heart rate, sneezing, swallowing and breathing. All these processes are regulated by the hypothalamus.

It is the Parasympathetic Nervous System (part of the autonomic nerve response system) which has the greatest relevance to the areas where the Chakras are thought to be located. 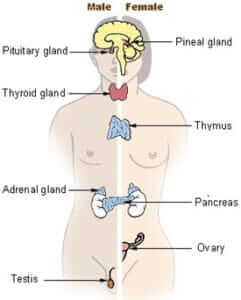 The diagram above shows where these  major nerve plexus’ (or networks) of the Parasympathetic Nervous System lie. The brain actually connects to these parts of the body via the ‘big-dog’ of the nervous system – the big, fat, juicy,  VAGUS nerve – the 10th cranial nerve (cranial meaning, out of the cranium/skull). The Vagus nerve is considered the ‘Holy Grail’ of all nerves. Where the major networks of nerves are, they correspond with the glands in our bodies – So I guess the question to ask is – why do glands require so much electrical input?

The diagram below shows the position of the various Chakras. Notice how they correlate to the above diagram: 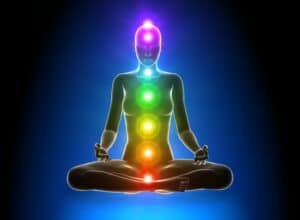 As mentioned above, these nerve ‘bundles’ are associated with major GLANDS in our body. Glands secrete hormones into the bloodstream and are HUGELY important in the functioning of our bodies, more so than what a lot of people realise!

Hormones are critical players in the body’s chemistry and stimulated by the Vagus nerve.

They (as well as nerves) carry messages between cells and organs and affect many aspects of our bodily processes, from growth through childhood, sexual development, mood, to how well we sleep, how we manage stress, brain functioning and even how we break down food. In fact, the gradual decrease in hormone production over time, is what leads to the aging process! Other hormones, such as DMT (Dimethyltryptamine), secreted by the pineal gland in the brain, is known to cause Out of Body Experience, heightened creativity and even psychic abilities!

The Biology in a nutshell:

The Chakras are associated with the major nerve networks within the body, which connect from the brain/spine, via the major Vagus nerve, to the glands responsible for hormone production and the functioning of the body in general.

(Wow, that was a mouthful!)

THE VAGUS NERVE and KUNDALINI:

The Vagus nerve is considered the ‘holy grail’ of the nervous system and it mostly conveys sensory information about the state of the body’s organs to the Central Nervous System. Once it leaves the brain it winds its way down the body, and around the internal organs.

One key role that the Vagus nerve plays, is as the ‘reset’ button, to counteract our internal, automatic, ‘alarm’ system, resulting in the fight and flight response – a key culprit in stress and depression. Therefore stimulation of the Vagus nerve may lead to some very positive health benefits, especially in a society which is suffering from the effects of subconscious fear (fear of stability, the status of our jobs, terrorist attacks, money, and so on and so forth!)

The Kundalini is the ancient description for the energy (or shakti) present within our bodies. It is said that the kundalini stems from the base of the spine and winds its way up to the top of the head, and is often compared to a snake or a serpent. ‘Kundalini awakening’ is said to result in deep meditation, enlightenment and a deep sense of bliss. It is said that this Kundalini ‘snake’ coils 3 times as it travels up the spine. Guess what – The Vagus nerve connects precisely 3 times to the spine! Although the ancient descriptions are considered a little far fetched, it appears perhaps they used metaphors for very accurate information related to our wellbeing. It sounds like the ancients were on to something!

There are over 13000 studies on the Vagus nerve, and it is well documented that Vagus Nerve Stimulation can assist in a multitude of illnesses, such as treatment-resistant Depression and certain forms of Epilepsy. The great news is that the most effective, natural method for stimulating the vagus nerve is deep belly breathing (also known as Pranayama in ancient Indian culture), meditation and exercise.

Quantum Physics has already proven that observation affects matter. Since all matter is energy organised in a particular arrangement, perhaps the ancient traditions of observing your thoughts, or placing your attention and awareness on the Chakras, bears real weight! Especially when it comes to creating real changes within the body.

If you want to feel good, have positive health benefits and slow down your ageing process

– Get your Chakras activated!