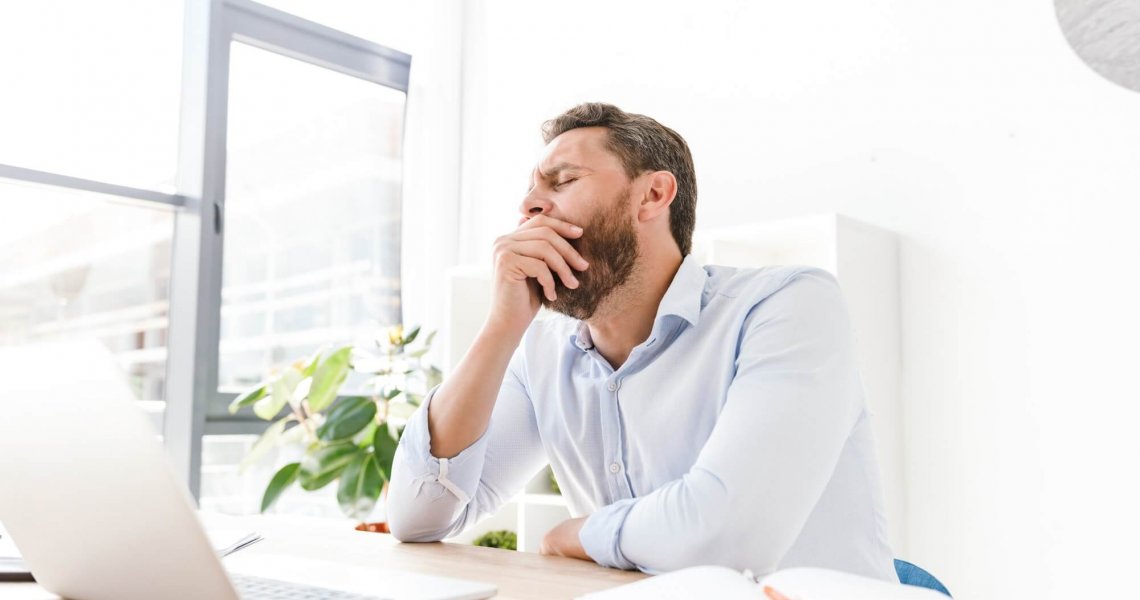 Why Do We Yawn?

Yawning has mystified researchers, and the list of reasons why we might do it can be exhausting. Some people claim that yawning when you’re nervous is your body’s way of catching your breath, preventing hyperventilation, and regulating your breathing, similar to deep breathing during meditation. But technically, yawning isn’t a respiratory function.

When you’re anxiously preparing to give a presentation at work, waiting for a date to arrive at a bar, or meeting your partner’s parents for the first time, you probably don’t want to look sleepy and bored. But sometimes when you’re nervous, you can’t help it, and out comes a big gaping yawn — even though you’re not at all tired. The Olympic speed-skater Apolo Ohno famously used to yawn before big races because he claimed that it “gets the oxygen in and the nerves out.” But is that actually true?

What’s more likely is that we use yawns as a way to cool down our brains, Dr. Gallup said. When you stretch your jaw to yawn, it improves circulation to your brain, which in turn lowers its temperature. And since we know that stress is associated with changes in our brain temperature, it makes sense that the body would use yawning to cool down during times of pressure. A yawn can leave you feeling more alert and with improved “mental efficacy,” according to a 2012 review of yawn studies, which might be why people like Ohno find it comforting to do before a big performance.

While yawning is controlled by a separate bodily function than breathing, taking deep breaths when you’re feeling nervous will definitely help you chill out. Research has shown that diaphragmatic breathing (or “belly breathing”) can help your body elicit a relaxation response, which makes it easier to respond to stressful scenarios. Whether your deep breaths come out as yawns is somewhat uncontrollable, though. (Click HERE to book a BREATHWORK class at The NOW!)

The other weird thing about yawns is that some people say they’re contagious, and one study even found that empathetic people are more likely to yawn after seeing someone else do it. Weirder still, another study suggested that people who don’t yawn contagiously are psychopaths. So, there’s that.

Although it might be annoying to have to yawn in really inopportune moments, like when you’re already nervous or anxious, take it as your body’s cue that you need to take a minute to calm (or cool) down. And if you catch your coworkers, date, or S.O.’s parents yawning, too, consider it a good sign.